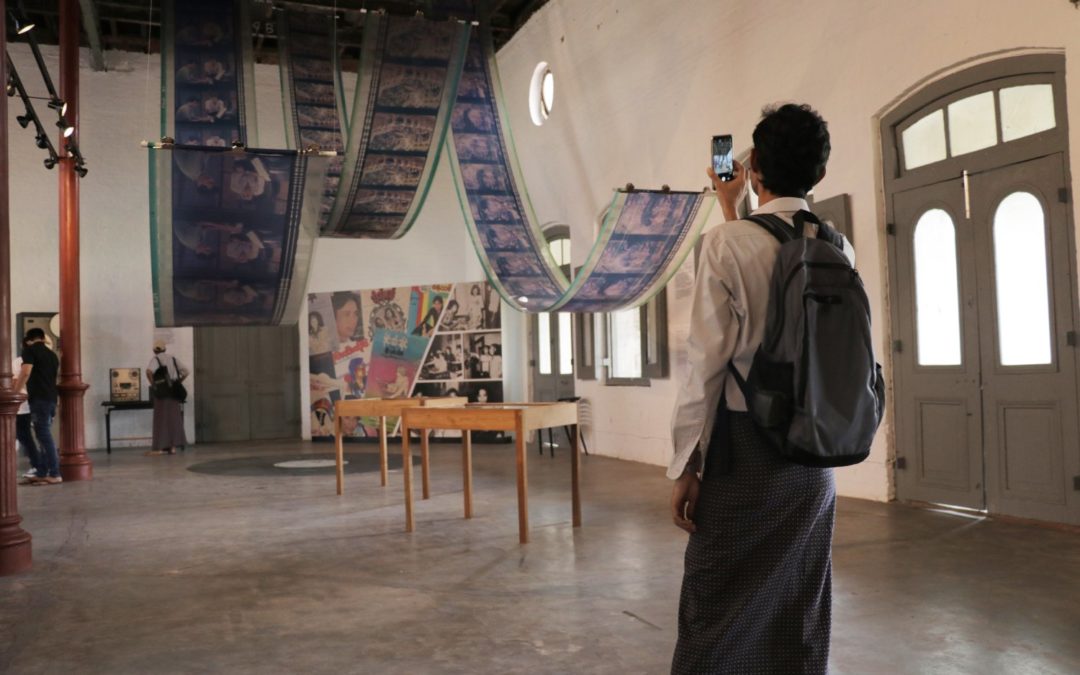 In collaboration with Pyinsa Rasa Artspace, Save Myanmar Film organized an exhibition on Myanmar Cinema in different eras in April 2018 at the Secretariat. The title of the exhibition is “The Art and Influence of Myanmar’s Film Heritage”. Old film cameras, projectors, film posters and old and decayed film reels were showcased. Two old classic Myanmar films named “Thingyn Moe” and “Tender are the Feet” were screened during the exhibition