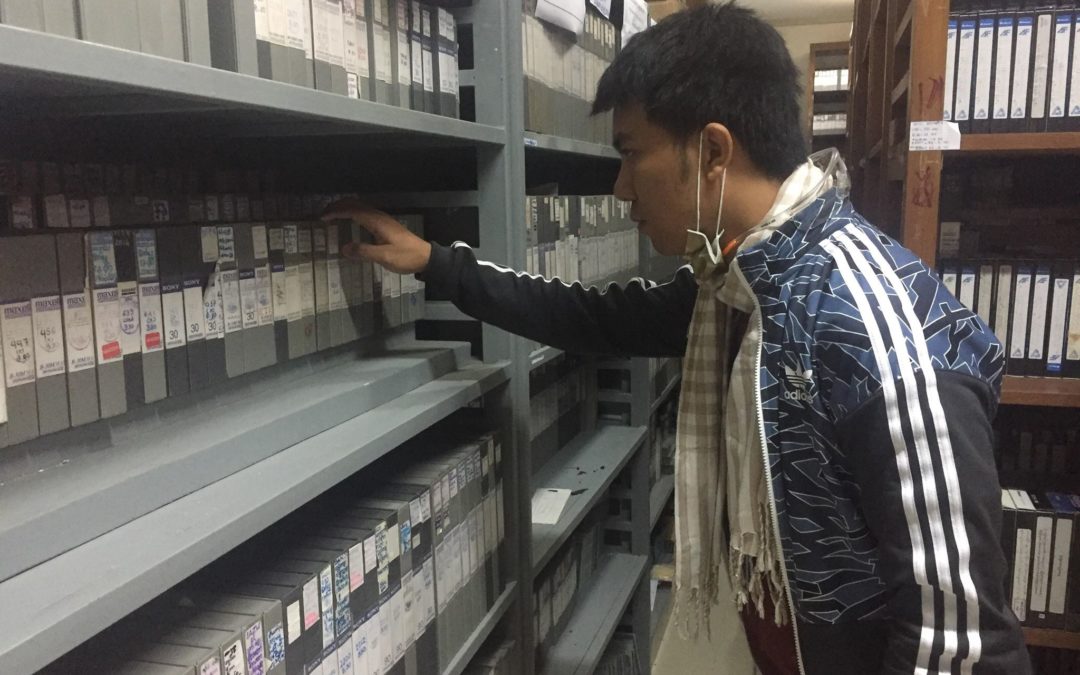 From January to April 2018, the team was able to conduct a four-month research on surviving films, newsreels and film related materials (such as film posters, still photos, flyers, scripts, documents and film magazines) by making a list. The research was done by visiting Ministry of Information Film Vault where most Myanmar films are being kept, MRTV film library which is the biggest broadcast library in Myanmar, MMPO (Myanmar Motion Picture Organization), MMPE (Myanmar Motion Picture Enterprise), MMPDD (Myanmar Motion Picture Development Department) and Private film production houses. The team also met some film directors and made interviews about their experiences and condition of films they have made. In doing so, the team intended to make a film catalogue of surviving audiovisual heritage and to carry out the restoration programs for the films.